Hello there,you already read the title so I'm gonna go cut straight to the point.Since Uber has quit developing/balancing bosses,there isn't many people that would be fit for the spot.Of course i suggest @Kruphixx for the amount of heart and work he puts into being an admin and to FF2 no matter what.So my question is...


When could we expect a new FF2 update?


I understand that many of the admins including Kevin himself are busy,this is just a basic question to just get a tid bit of information regarding this situation.

I really hope this post doesn't just get ignored or brushed off, like all those messages me and some other regulars sent to Kevin asking for FF2 to get updated.

Obviously none of the boss related issues are UberMedic's fault, he couldn't have known that it will be this bad. The only real issue here is how long it takes to fix them. We have been dealing with Koishi for way too long, it's actually causing people to quit playing completely or play less in general.

If Kevin doesn't consider any of this, I'm at least hoping for an explanation as to why FF2 / VSH get updated so rarely compared to other gamemodes like JB.

I understand that this is just some community in a video game and I shouldn't care this much, but I have been helping panda for at least a year now and I don't want to see my favourite server die just like that.
Toggle signature
Kruphixx#7033
Steam Profile

​
Reactions: Aerial, TRGGB2, XTreMe and 4 others 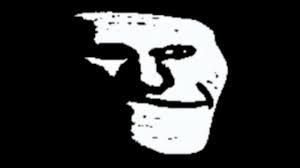 I've moved this thread to feedback as I wanted to post on this later on / remember where it is!

I wanted to also express that VSH / FF2 is at least due a map update as a lot of them have been building up. There is also updates for bosses and to add bosses but that's more work than adding maps.

I've made a task that's got 15 pending changes for FF2 and VSH map pool.

I would post the link here for @Kevin but I didn't want to expose the staff page...even though it's restricted.

So I guess this is me expressing VSH / FF2 needs at least some map updates soon!
Toggle signature
http://steamcommunity.com/id/madact/
Madact#1369