I honestly just want some clarification if the rules on the forums are practised the same in the server. I am talking specifically about the fail hale rule, now I am not to bothered if I hale gives up at 1k hp or has given it an honest go and just gets destroyed and suicides right before death. But honestly I am so sick of not seeing hales punished for blatantly ignoring the use of !nohale or /resetq.

I have started playing vsh again fairly recently and just accumulated 3 days of play time since the reset, so I am not coming from a place where what I am saying is completely off a few sessions of play.
Today I had 5 rounds in a row of hales blatantly ignoring the rules, I advertised the !Nohale command and the /resetq command after every single one, and no there were not admins on but, after thinking about it. I havent seen a single player punished for breaking that rule since my return. In 72 hours of play over a month I hadn't seen a single person recieve a ban for ignoring the numerous chat announcements and player adverts to use an incredibly easy command.

Can we just remove the rule if it's not going to be enforced. There is no point in reporting them or using /call because admins don't punish they just use the exact same bind every vsh regular has but with @all in front of it. I'm not gonna spend the time reporting players for fail hale to be told they need 10 seperate warnings from the numerous rounds before, on top of that another warning after the ignore these warnings and fail in front of players. For it to be reset on map change.

This isn't a direct critique of the admin team. Matth and Racer are not the most active players and with the new applicants coming it should change. But I am sure myself and multiple regulars want to see is people who ignore rules get punished.

Thanks for bothering to read this.
I will say it now and again but "bring back bans for players who can't use simple command prompts reminded every minute"
Expand signature
"She's Thicker than a bowl of oatmeal" - Skorpieo

Reactions: SharpTips, vinny, PNN and 10 others

Yep, agreed. In my recent activity I also didnt see anyone get punished, just a bunch of warnings. It should be enforced more strictly, as it is a big problem sometimes.
Expand signature 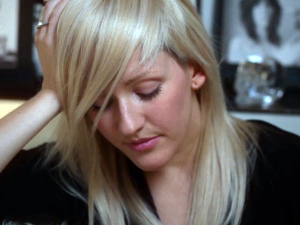 Reactions: SharpTips and Jim Bob
Show hidden low quality content
You must log in or register to reply here.