Hello. First i didnt add a Poll because this clearly a Big Problem on the Server.

As the Titel already says, this is a Thread about removing the Mantreads from VsH.
Reason?
1. They Clearly giving the Soldier a way to good mobility. Saw almost everytime that Players just making High Jumps with it. You can Jump higher and further then the Hale himself. But only a few Soldier Player using the true potential(overpowerd potential tbh) of those magic shoes, like extreme Speedjumps at the hale, Market Garden him and then befor he knows what happen you are again on the other side of the Map or just a -1ammo,-40hp Jump from one side of the map to the other.

2. Also the Mantreads are the first Reason why the Soldier limit was added. Without them, the Soldier is not that attractive for most player anymore.

3. First i used the Mantreads only on Military but zoinks u can use them almost on every Map that has more then 2/3 Open Small Health Packs and with the combo of the Black Box u can avoid Death every Round.

5. If they get Removed the Soldier also can be a unlimited Class again= again less Server Crashes.

Those Hale Destroying Shoes need to be removed, i dont ask for a Nerf.
Tbh there is a way to get back the 120% potential of the Soldier, even with the Gunboats and Skill only. Hell i doing that allready on Maps like Ratsexy. *Flexing Noises* 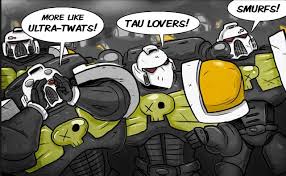 Idk man. 4+ gunboat soldiers or bbackup soldiers are strong as hell as well. I almost never use mantreads yet still I can get a lot of damage done with mg's and stuff. Mantreads should get a little nerf to how far you can jump with then though. I'd say like only +25% self push force and maybe add the 1500 goomba stomp damage back in
Reactions: Skorpieo

lol I remember those old days where there were no soldier limits and 10 soldiers stomped an active Hale and killed him instantly.
By the way I prefer more to put those limits to Pyros or even every class
Expand signature
I am a good game designer, I have like 200 paperworks of games I would like to make up... but I can't find anyone who really cares about it...

BTW
If you need help on source mapping basics and mediums, ask me.

I accept small talks more than donations too... but who cares(?)
Reactions: Geronimo
Show hidden low quality content
You must log in or register to reply here.