Name of your Banned Steam Account:c0b
Steam ID 32 (How to get your Steam ID 32: Click here):76561199153307294
Date and Time of the Ban: 2022-07 01:14:32
Reason about the Banuplicate Account
Admin that Banned you: It just says CONSOLE
Why should you receive a unban for the ban / gag / mute / teamban: I used to play this game a long time ago and i recently tried to log on to one of your servers to see that i was banned,! And i just recently realized that
that i was also banned on ugc and skial. I already applied at their sites and they said that i was banned for trying to log on in a alt account that was already banned. I cant play on %80 of any servers atm and I have no reason why
please at least look into it because i am so confused rn.

Within your household does anybody else play Team fortress 2? Have any of your friend come around and played TF2 on their accounts? Have you gone around to other households to play TF2 at their house? Do you play TF2 at school? We're talking around about June - July 2022 time. If so, you need to list the other steam accounts that are involved.
Is this your main account you are appealing? Do you have any other accounts? It's best you list them now.
Toggle signature
http://steamcommunity.com/id/madact/
Madact#1369

Yes this is my main, and the only other person I can think of that plays tf2 is my brother. Why do you ask?

Oh sorry I forgot to list the steam account. Truly sorry for my brothers profile, he has a bad sense of humor 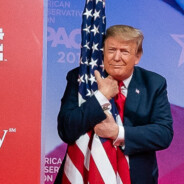 Libbies coming to my prifile because they got OWNED! keep rigging elections and telling me to play pretend with your "pronouns'" see if you can take away my freedom to shoot any gaysexuals

ohsoup1984 said:
Oh sorry I forgot to list the steam account. Truly sorry for my brothers profile, he has a bad sense of humor

Libbies coming to my prifile because they got OWNED! keep rigging elections and telling me to play pretend with your "pronouns'" see if you can take away my freedom to shoot any gaysexuals

Can you ask your brother if they have made any alt accounts? If so,to please list them.

Just looked on my friends list and saw this one. He used to play on this but dosnt play on it anymore. 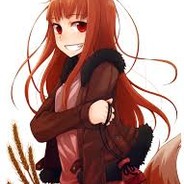 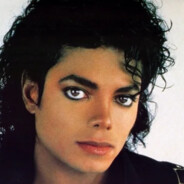 What about this account? Anybody want to admit they own this one?
Toggle signature
http://steamcommunity.com/id/madact/
Madact#1369

Not on my friends list so I don't think its my brothers. I can go ask him if its one of his

Honestly he has so many alts as i have braincells. I think that the Michel Jackson one belongs to him, but I cant figure out because he refuses to even let me in his room.

I'll have to add you via steam to continue this conversation so we can get to the next step.
Toggle signature
http://steamcommunity.com/id/madact/
Madact#1369

Going to put this here for reference before someone else does, thank you Chae

sure i added u back

So everything is clear here in case anybody is interested and for other TF2 communities to know what happened.

I got into a call with both of them. The tsunami (libbies owned) admitted to owning that account(micheal jackson).
Both parties have cheated on team fortress 2. That's a deal break for other communities, but for here it only counts if the user cheats on panda community.
It is possible that tsunami was lying to cover for his brother soup, but I have no way of telling this.
Since it was tsunami and I have no proof soup did cheat on panda the account ban is lifted.

@ohsoup1984 Both you and your brother are not allowed to create alts to play on panda. Also if you brother attempts to connect to panda community via an alt your account maybe banned again. Basically your brother isn't allowed to player on panda community ever again and if he does, we may have to keep the IP ban on which means you won't be able to play again either. We can't keep risking allowing your brother to play.

Also a heads up you maybe monitored and could receive a permanent ban without warning at any time if your found with alt accounts on your network.
Toggle signature
http://steamcommunity.com/id/madact/
Madact#1369