Valve created a Nintendo switch-like device that allows you to play all steam games on the go, including tf2 I believe. Unlike the Nintendo Switch, you can customize almost everything. The background, colors, etc. You can even change some key binds! There is also a mouse pad type of thing which you can use if the game you are playing does not work well with joy-sticks. I believe it comes in 64GB, 256GB, and 512GB. The prices for each are as follows:

They're expensive but probably because they run all (or most) steam games and allow almost full customization.

The below media shows it in better detail.

The device is said to officially release in December of 2021, meaning you should probably be able to get one by then, but you can pre-order one right now I believe, or reserve one.

You can pre-order or reserve one here: https://store.steampowered.com/steamdeck

*DEAD* arandotcom : do british people think with an accent
Click to expand...

That actually sounds awesome, especially the thing with the customization. I'm not sure but it looks like if you want Windows on your Deck you have to set it up in a way that's hard for new PC-Users. It would be cool if you could select between booting into either Steam OS or Windows (if you have a license ofc).
Reactions: ☁ Spaceblob11 ☁

I will buy it and my wallet will like it.
Toggle signature
hi

Finally I can play jailbreak on the toilet…
Toggle signature

Semicolon Backslash said:
Finally I can play jailbreak on the toilet…
Click to expand...


Already reserved the 512GB model. First the index, and now this? My poor wallet
Reactions: ☁ Spaceblob11 ☁

Yeee, im trying to get a reservation personally, probably gonna abandon my switch after this
Toggle signature
Any/All

read this while I was at work, could not stop laughing and got weird looks at me lol

Yeee, im trying to get a reservation personally, probably gonna abandon my switch after this
Click to expand...

its so expensive, but i can use it to play my final fantasy games on the go....
Toggle signature

I can finally speedrun L4D2 on the go...
Toggle signature
Welcome to the Jail. 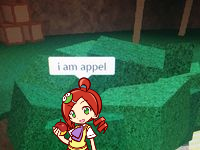 That sounds like hell lol, but there are a lot of games that can definitely be fun on it, just the price hurts though.
Toggle signature

But can it run Crysis?
Toggle signature