This is a map that I had made before in the past for VSH, though now I wish to suggest it. It's no amazingly made decoration in the map like crevice or jungle beach, though it's more so a map focused around the play. It's relatively large, but not enough so it takes rounds take longer than it should, especially since one of the key features in this map is there is no properly viable camping spots*. This is including a high skybox to give plenty of air room. There are side exits to each spawn, with a set of staircases in a small area connecting these side exits with the sewer and the main area. The sewer is a straight line, but open enough to allow for room. Once again, there are no properly viable camping spots. As for the main area, it's open with little objects in the way, but enough for people to be able to take it into account. There is a raised middle area with a drop into the sewer as well. There is a small house with little room inside, as well as an open container on the other end.
In terms of health and ammo, there is a full health kit in a small crate in the sewer, to which the player has to crouch into. There is also a medium health kit and large ammo pack at the base of the staircases. There are 2x small health kits and 2x small ammo packs in each container in the wall on the surface. The final sets of kits are in the house and on top of the crates, to which are all medium kits.

A friend ran a server with this map, and at one point had between 12-18 players on it. Overall the feedback was positive and people enjoyed the map, any tweaks/additions was made at the time it was suggested.

That's pretty much it in terms of what I have to say, yeah. 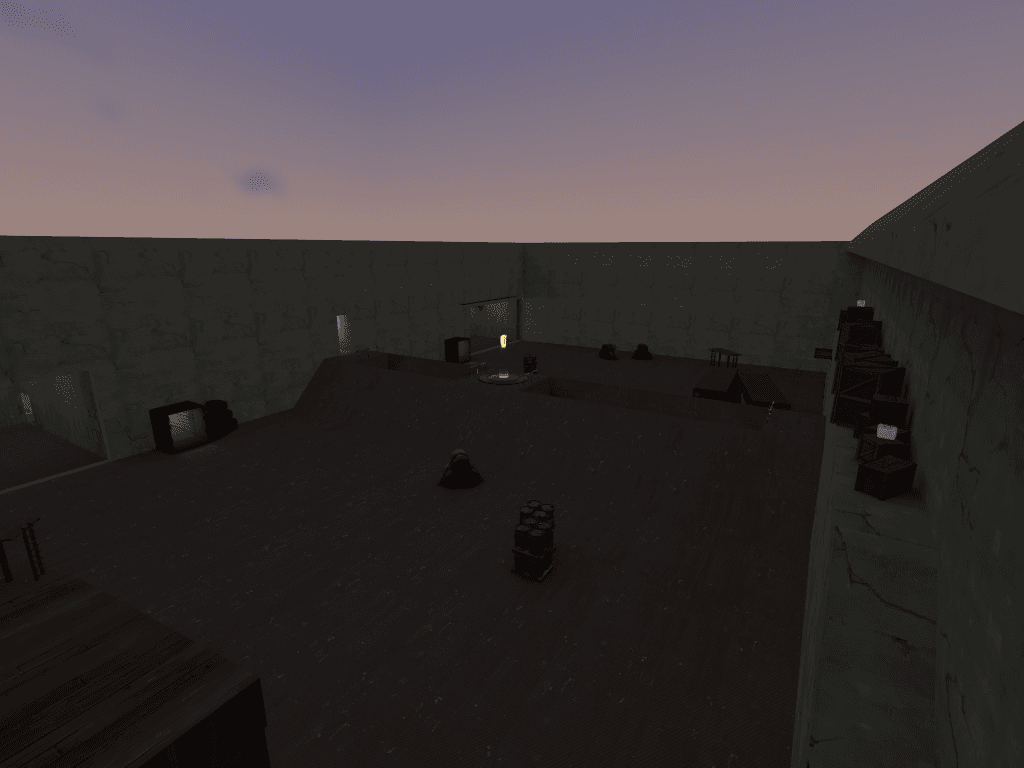 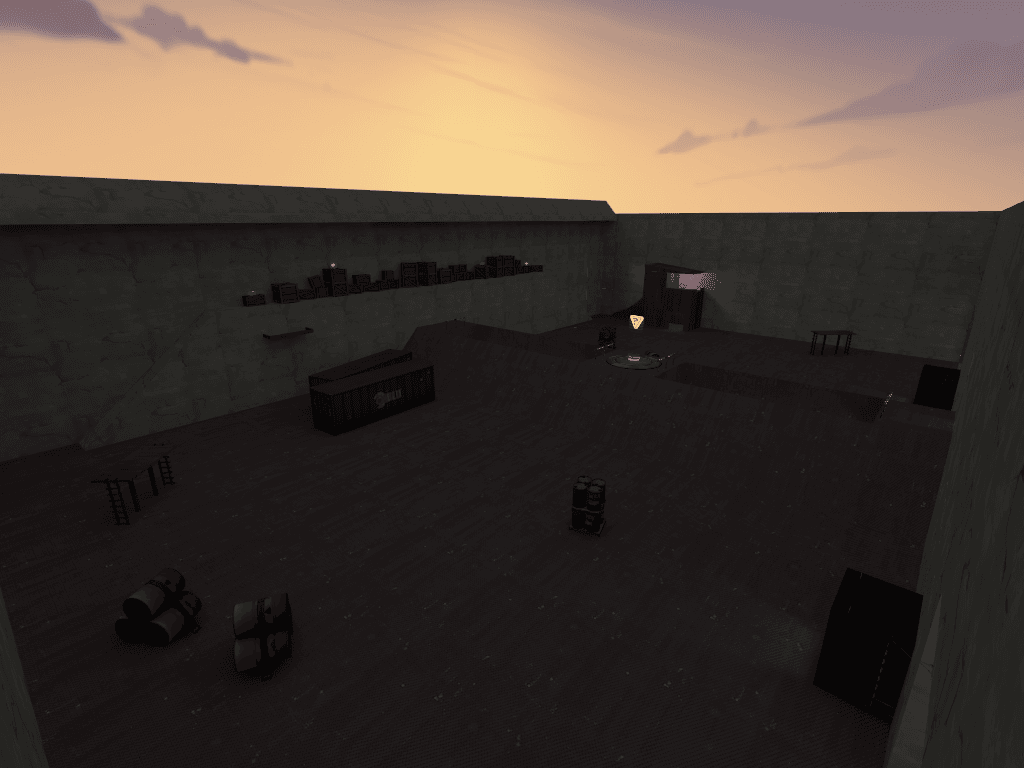 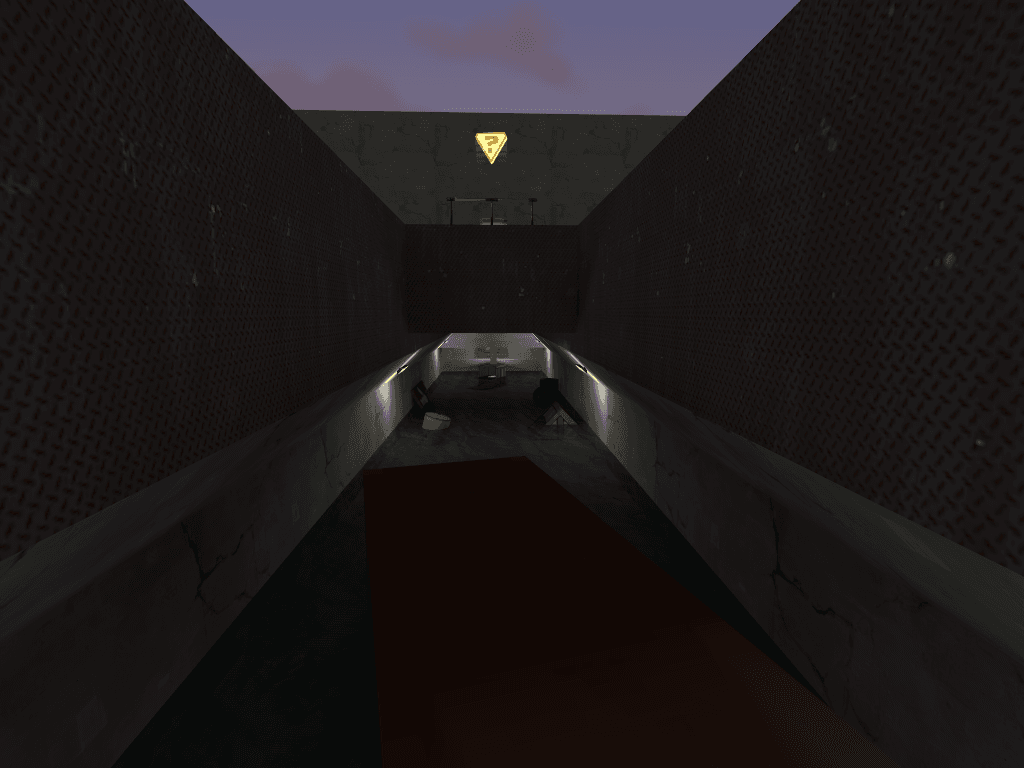 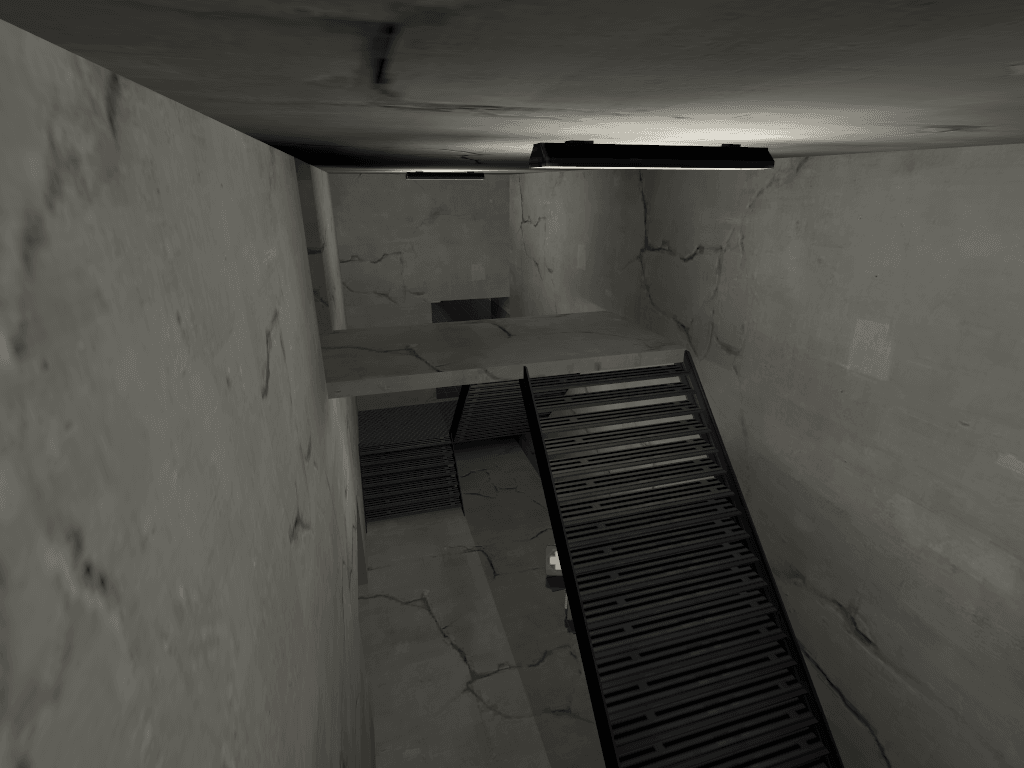 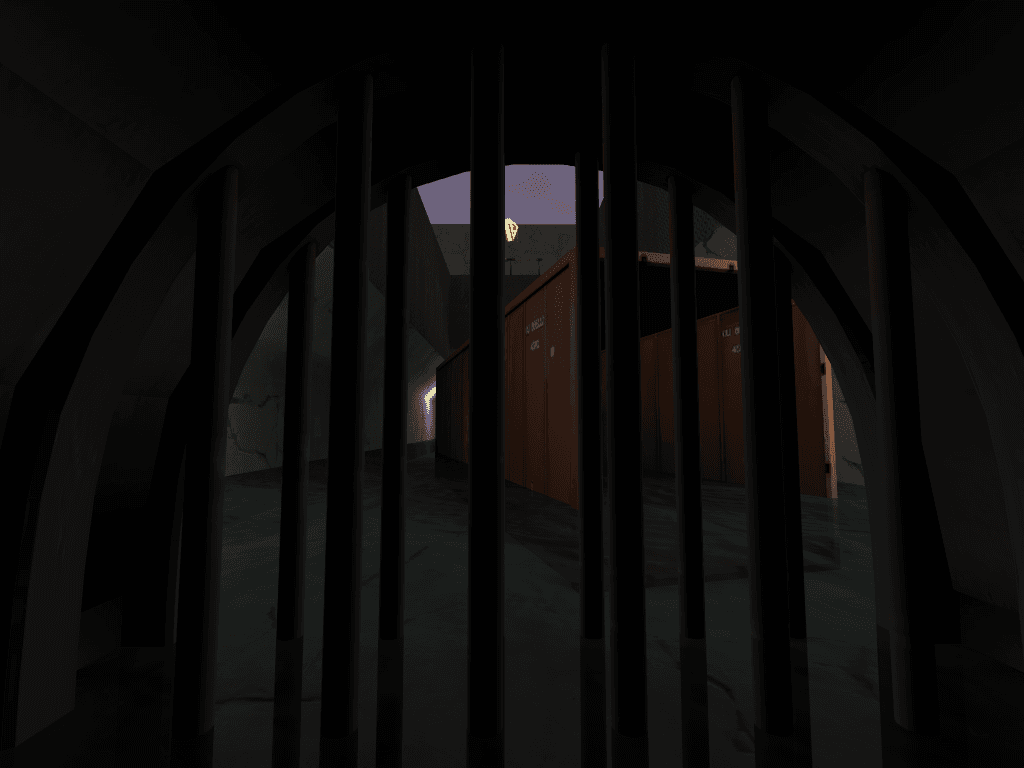