SourceBans Ban URL: Awaiting the information from the lovely @Madact
Name of your Banned Steam Account: {orchid}Spoopy Annie
Steam ID 32 (How to get your Steam ID 32: Click here): STEAM_0:1:71906291
Date and Time of the Ban: 10/13/2021 - Approximately 7:50pm Mountain time.
Reason about the Ban: I freekilled the last player at the end of the round.
Admin that Banned you: @Bambi
Why should you receive a unban for the ban / gag / mute / teamban: Bambi was playing warden, and they were enjoying one of their favorite minigames, Cheating Nine Square.. Toward the end of the round when I was guard banned an order was given out telling all reds to stop taunting, and then after many people died from the order a couple of seconds later only 2 reds remained and (According to the warden) the order that reds can taunt again was given out, however all the blues were over talking making it almost impossible to hear the warden say anything, ontop of that when I went to re-assure whether we kill players that are taunting by asking multiple times over comms; I was greeted with DoomGhoul (A user who is a regular on jb) say "they are kos for taunting" and I also heard admits the over talking "yes kill them" so when there was a single engineer left taunting I killed him. On top of that I didn't hold back due to them being the only one left because the round prior the same warden was totally okay with it ending in a fail round and killing the last guy with no problems, therefore making me see no problem (with the information given) it was okay to slay the last engineer.

I understand that the ban is short and that's not what I am trying to get appealed, I would like it wiped from my ban history so I do not have to wait to apply for staff. As I've recently been told by several folks I should apply, I would like to keep my clean record, and since this so clearly was a misunderstanding.
Toggle signature 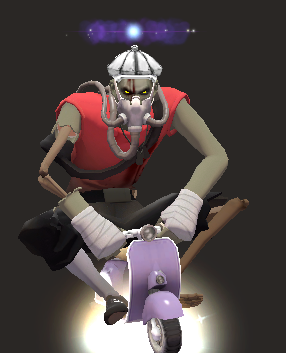 Run for I am scooty scootie comin for dat bootie :3​
Reactions: AnOwOn, Asper and ItsNotCalassic

The guardban at first glance might seem a bit harsh. However, since it involved the last red alive being killed I couldn't preform any kind of respawns to salvage the round. It went from a completed round with lr to a failround, by chance no admins were present to resolve this it would of been an even bigger deal hence me giving you a ban.

Sure people might of been doing some overtalking, that being said however if you aren't sure what the warden said because of this or what order they gave you should ask before you do anything rash like killing the last red alive here. I think the main problem is that you are being far too trigger happy lately on reds and when guards have this approach it can lead to freekills. You shouldn't intentionally kill reds unless you are 100% certain they are rebellers.

With that being said I'm going to keep this guardban active until expiring, it's valid and in my opinion a fair one.
Reactions: Mark :), Valen🐇, Asper and 8 others
Show hidden low quality content