I'm not sure if I should post it here or somewhere else. I think there's some kind of exploit which allows people to spawn as blu, resulting in many activators. It's getting worse because they apparently spawn wherever they want and they can appear on red's side of the map. This exploits kinda ruins the game because another death can activate last room options way before red, resulting in fast win or insta teleporting all players to minigame. I'm adding screenshot to this. 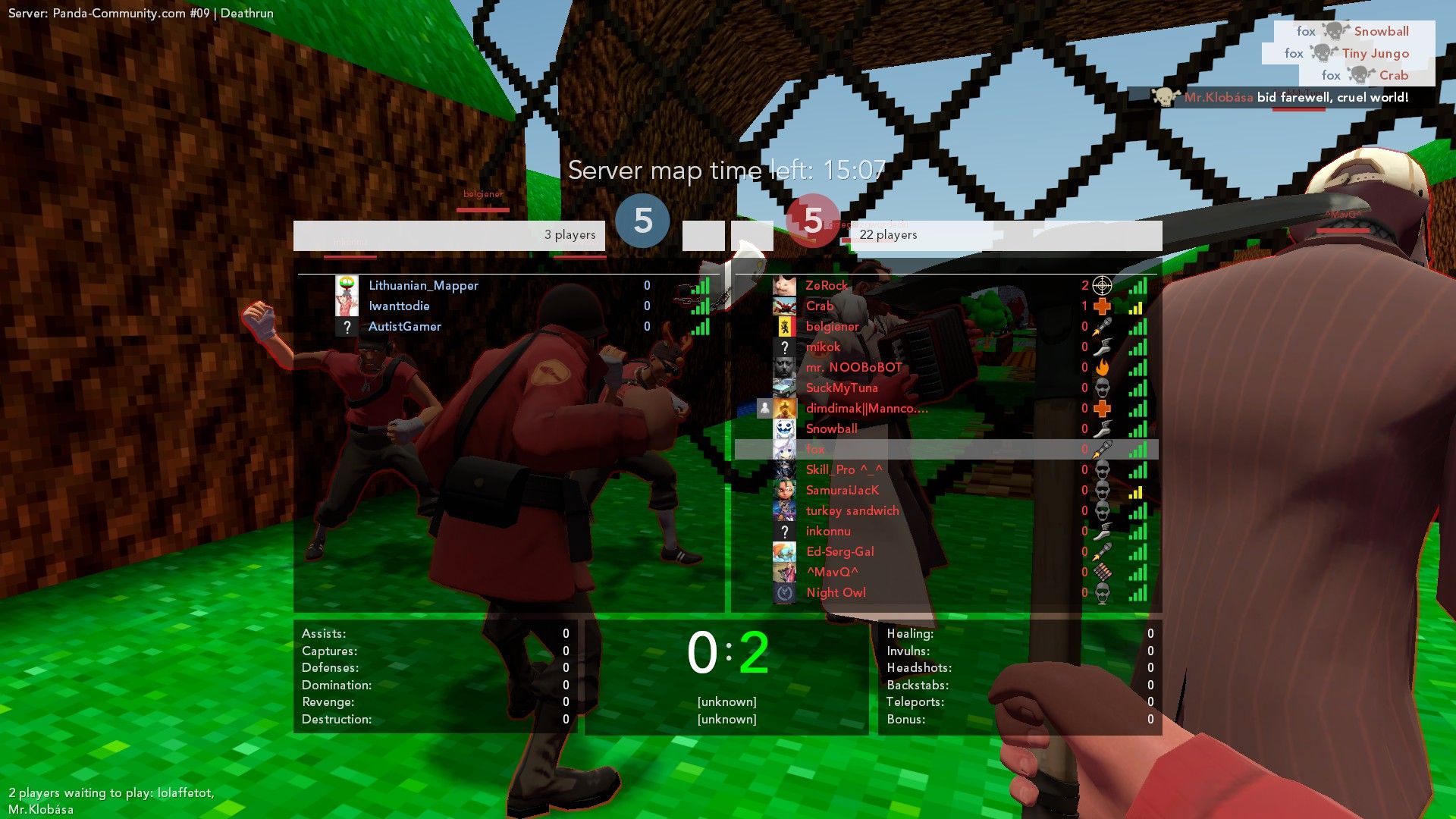 Hmm, very strange. If you have any idea on how we could reproduce this, please let me know.

That exploit popped up a few days ago. I actually managed to ban someone for doing it.

I didn't spec him too much, but I did see him on the red side as a blu.

I also noticed that people only do that exploit on dr_supermario

You should try to get video footage of them doing it and send it to one of the admins. 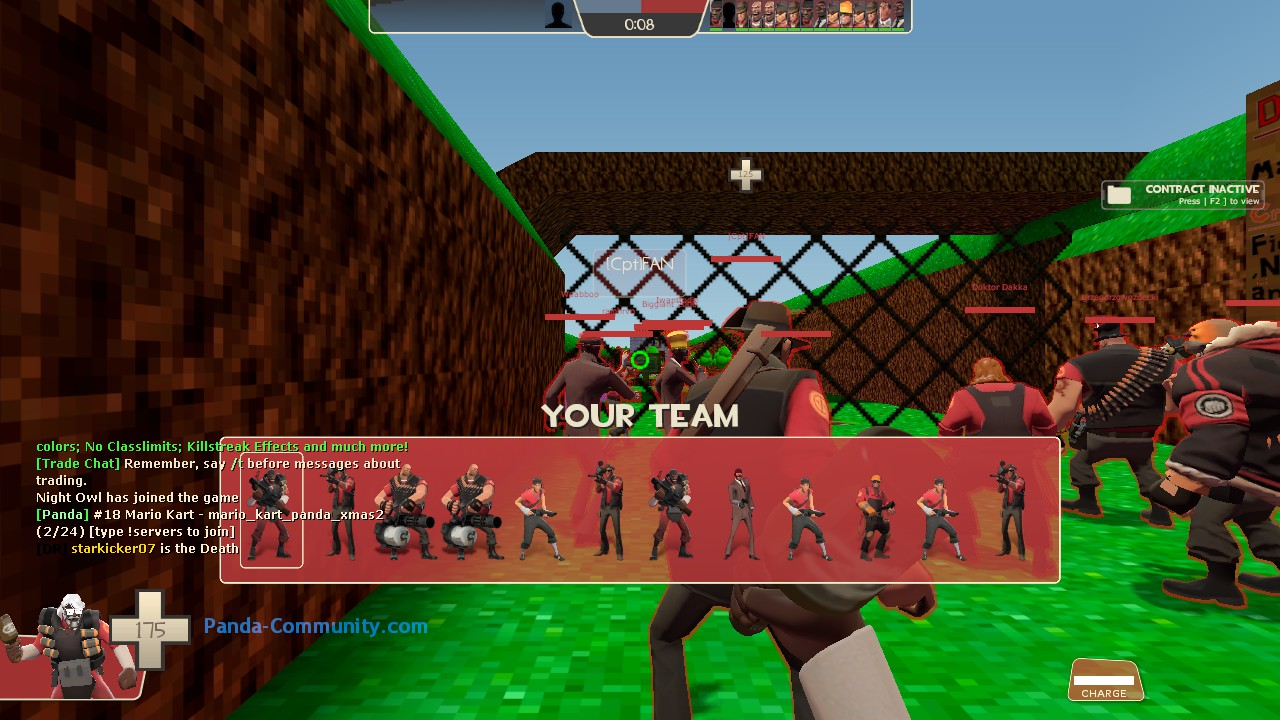 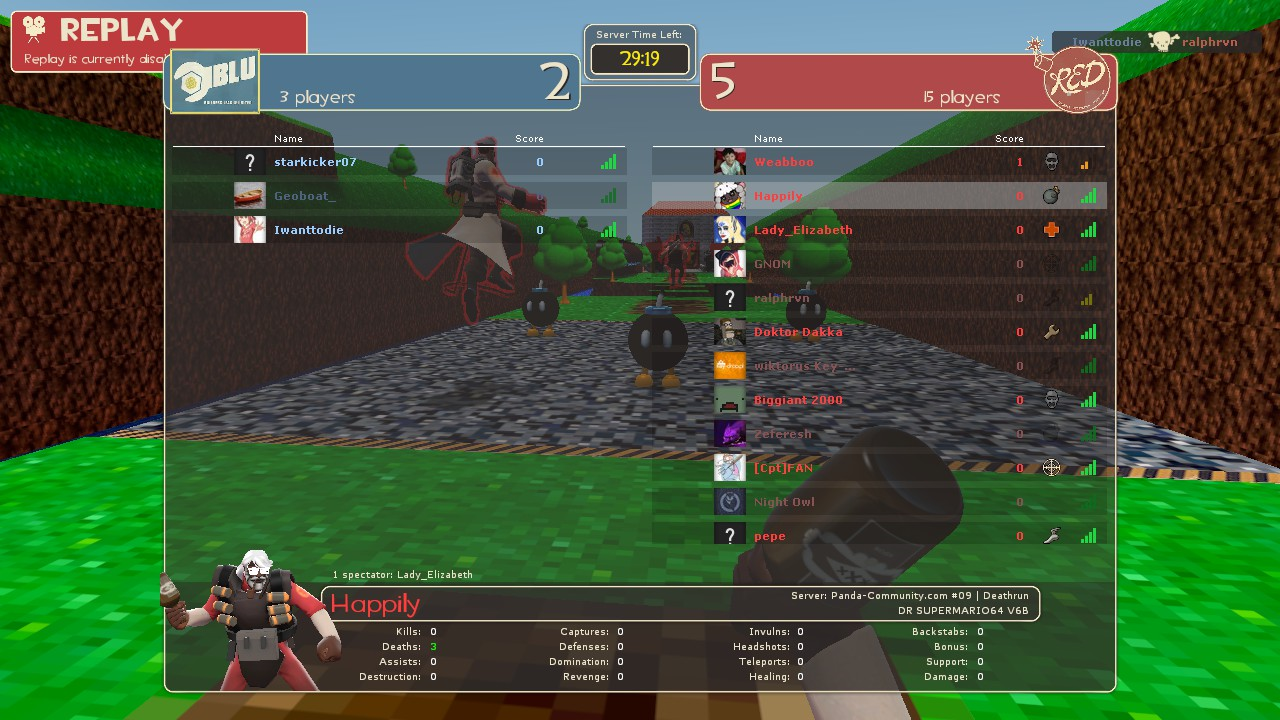 I even have already seen this problem since it has also had another server whensoever I was in, that been almost ruined by a several exploits, a several people abused this exploit, so I didn't even came back while mods weren't very active. After a few months later, some of mods has finally banned them and I was finally happy to heard that news. Nowadays the exploits are ruining the server, hopefully a mod to notice this sitatuation then ban them as well. I can already post some proofs with my screenshots.

I'm not sure if it's true, but later on chat someone said something about retry command in console. Might be true, because these people were actually re-joining the server for every new round. And it's not only supermario and blu side - I saw someone on red on the blu side on one of the minigames on undertale map (the one with the numbers). Unfortunately I didn't took screenshot on time.
Show hidden low quality content